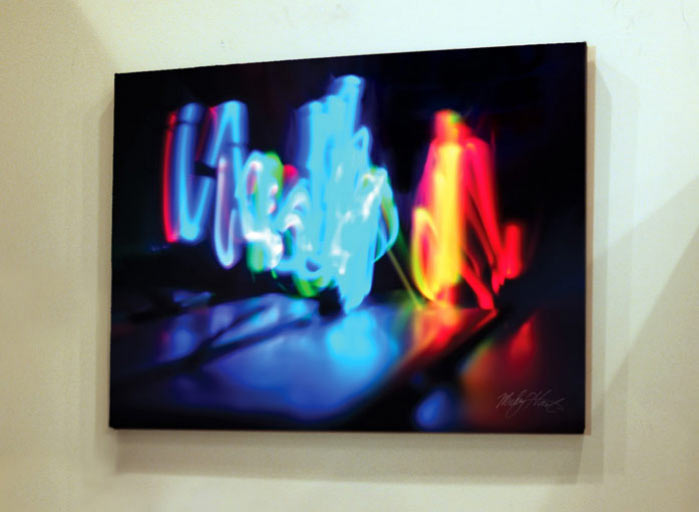 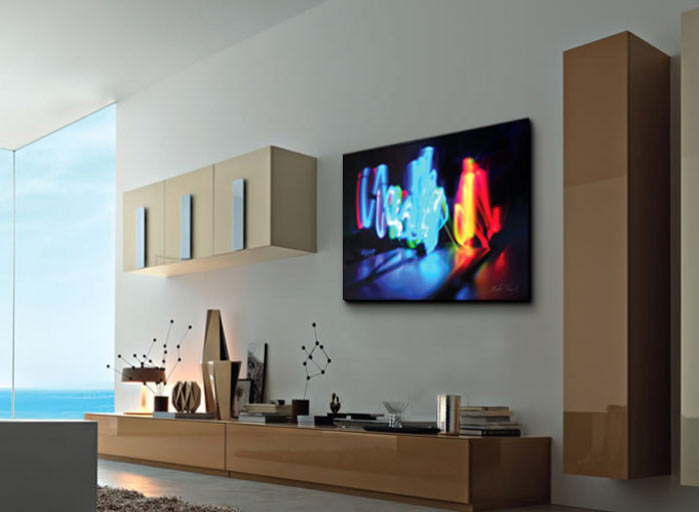 The Sermon is a unique piece within the Drum Ki collection, as it features hints of the instrument Mickey utilized in the creation of the work (note the reflection in the lower portion of the visual). Vibrant colors that appear to dance in flattering arcs, The Sermon is a remarkable example of rhythm created from percussion, visualized onto canvas.

Measuring 40" x 30" on canvas, there are a total of 40 pieces of The Sermon available. All are numbered and signed. Each ships with Certificate of Authenticity.


Musician, author, philanthropist and visual artist. Mickey Hart's creative reach is wide and his commitment to rhythm is unquestionable.

As drummer for the Grateful Dead, Brooklyn native Mickey Hart used music to create a solid foundation for himself. Years later, as author of several books on the history and ritual of drumming, he used that foundation to expand into the world of literature. Today, he has teamed up with Los Angeles-based art team SceneFour to continue that thread into the art world with "Drum Ki", his new fine art collection.

Years after The Grateful Dead stamped their infamous logo on the Sixties with the help of a traveling multitude of dedicated fans, Mickey continues to innovate. Mickey’s continued interest in the combining of music and literature led him to create 1991's Planet Drum album, which earned him Billboard's #1 slot for 26 weeks as well as the first Grammy awarded for the category of Best World Album. In the fall, Mickey will be releasing the second album in two years as the leader of the Mickey Hart Band. He also recently created Rhythms Of The Universe, an unprecedented collaboration between him and Nobel Laureate George Smoot, based on astrophysical data that seeks to tell the history of the universe from The Big Bang to today.

Dedicated to expanding creative realms and possibilities, Mickey Hart now unveils Drum Ki, a collection of rhythm on canvas. As one of the pioneers in this new fine art medium, Hart is the first drummer to expand beyond a traditional drumkit utilizing djembes, congas, tar, and the beam (a Pythagorean mono chord Mickey designed) to create the art.


A new medium in visual art is underway - rhythm on canvas. With Drum Ki, Mickey Hart is taking hold of this groundbreaking medium with a collection of eight fine art pieces that showcase his rhythms in visual form.

Like a painter using paint brushes, Mickey is using an assortment of drumsticks and gloves that light up in various capacities to build the visuals in the collection. For the rhythms featured within Drum Ki, Hart utilized a variety of percussive instruments to create the work. The instruments utilized include djembes, congas, tar, the beam (a Pythagorean mono chord Mickey designed) and the Beast, Mickey’s famous drum kit, which he played in the Dead. All pieces in the highly limited Drum Ki Collection are numbered and signed by Mickey Hart.